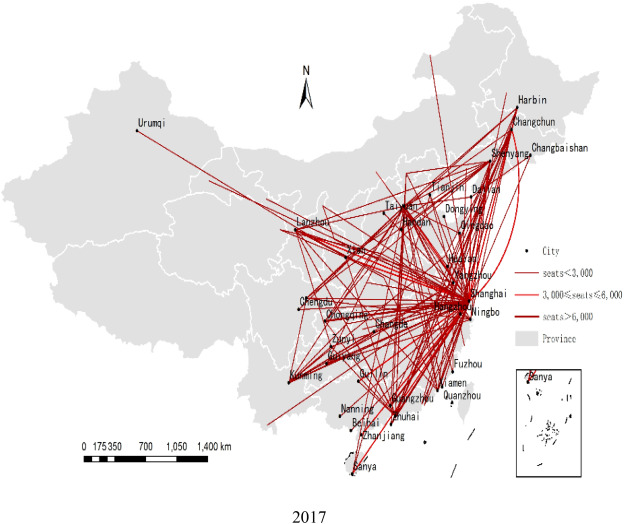 This paper examines China’s LCC market and assesses the network development patterns from a geographical perspective. Overall, a nationwide LCC network has been formed with each individual LCC focusing on their own markets with limited overlap to avoid cut-throat competition. Spring Airlines has developed an advanced network supported by its core bases including Shanghai in East China, Shijiazhuang in North China, Shenyang in Northeast China and Shenzhen in South China. China United has developed a network radiating from Beijing. West Air and Lucky Air seem to be developing a hub-and-spoke network that contributes to the tourism industry in West China. The LCC network is affected by seasonal variations, especially for the routes to tourism destinations such as Haikou, Sanya and Xiamen. Hub cities, however, experience less seasonal impact. This research also finds that routes between 600 and 1800 km account for a large proportion of the LCC markets. Aviation policy, local government’s subsidization and the expansion of the high-speed rail network have helped shape the landscape of China’s LCC sector.