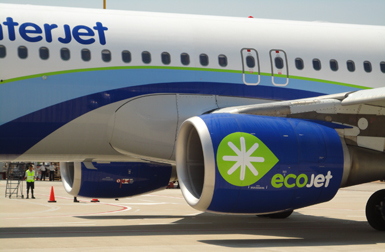 This paper attempts to measure the rebound effect (RE) or take back effect of jet fuel prices for air transport by using the unbalanced panel data of the airlines of the Association of European Airlines (AEA) from 1986 to 2013. Three equations are set and modelled simultaneously: (1) traffic demand, (2) aircraft, and (3) fuel efficiency. The authors consider endogenous changes in fuel efficiency, and the impact of environmental policy such as the EU ETS is also included. The results show the smaller short run RE, but much larger RE in a long run of air transport. The short-run RE for 1986–1999 is 2.9% and 2.1% for 2000–2013, while the long-run RE is 49% for 1986–1999 and 19% for 2000–2013, respectively. It indicates the effectiveness of the regulation or economic instrument to reduce emissions (fuel consumption) in the air transport market by improving fuel efficiency due to the large RE compared to other sectors.