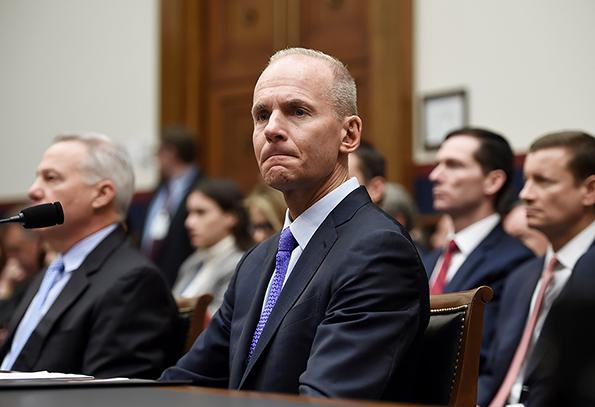 What would have happened if Boeing’s CEO had rushed to Ethiopia last March to stand beside his Ethiopian Airlines counterpart after the crash of a 737 MAX that claimed 157 lives? Profits were soaring, and the company’s stock value had more than tripled in three years as Boeing returned mountains of cash to shareholders.

The FAA had determined the aircraft was safe to fly while Boeing devised a software fix for its Maneuvering Characteristics Augmentation System (MCAS).

Boeing’s timelines on the MAX’s return to service proved overly optimistic again and again, vexing customers. Hundreds of undelivered 737s filled up the parking lots near Boeing Field. Muilenburg, who spent his entire career at Boeing, did not create that culture. It is hard to foresee meaningful reform if Boeing’s governance is not fixed. Former Continental Airlines CEO Lawrence Kellner, the board’s new chairman, has work to do.

Calhoun, the new CEO, is capable and respected. He spent 26 years at GE and ran its aircraft engines business. He has served on Boeing’s board since 2009 and was a finalist for the CEO position before McNerney got the job. The aviation industry needs a robust, responsible Boeing.

Collected and summarized from the source below by Minh Pham  https://aviationweek.com/aerospace/editor-restoring-boeings-luster