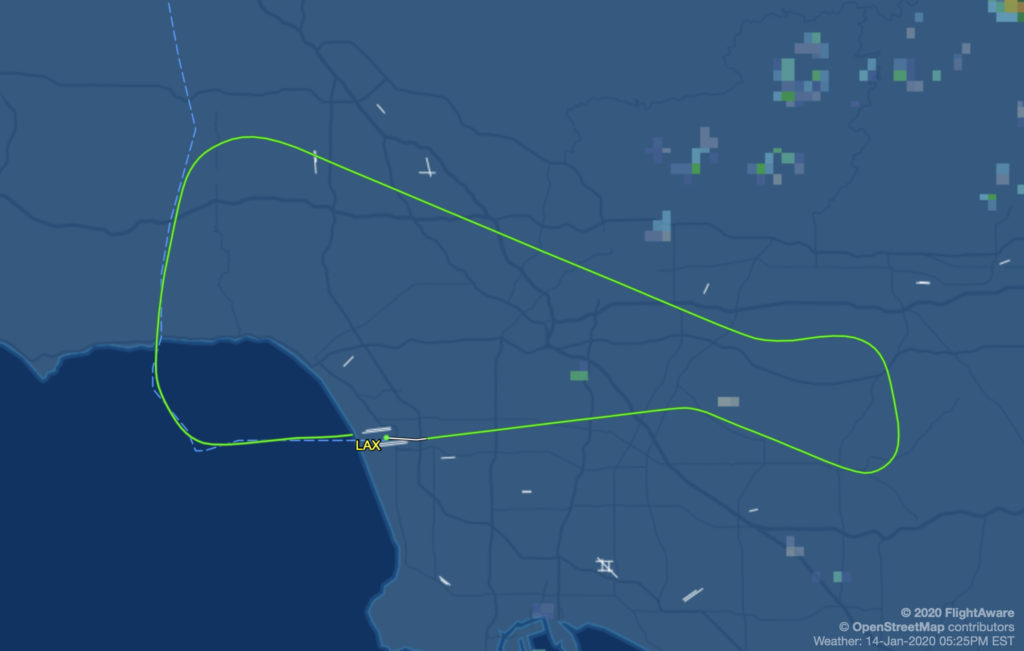 A Delta Air Lines Boeing 777 dumped fuel that fell on a Los Angeles-area school as it returned to LAX after an “engine issue” today. The flight, headed for Shanghai, had an undisclosed engine issue after departure and had to dump fuel to achieve landing weight. The aircraft landed safely after an emergency fuel release to reduce landing weight”, a Delta spokesperson told the Los Angeles Times.

The flight track for Delta Flight 89 shows it remained over land for much of its return trip to LAX.

The flight landed safely at LAX.

Collected and summarized from the source below by Minh Pham  https://www.avweb.com/aviation-news/delta-777-dumps-fuel-over-school/