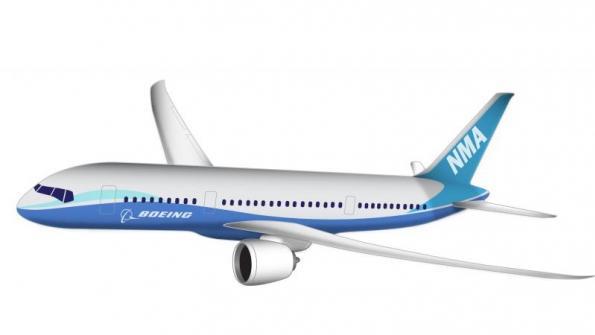 Boeing appears to be redirecting its next new airliner project to compete more directly with the long-range Airbus A321XLR rather than take on the broader 757-767 replacement market previously studied under the shelved New Midmarket Airplane (NMA) project.

The program was focused on two main versions, the 225-seat NMA-6X and 275-seat NMA-7X, with the larger of the pair expected to be developed first. Boeing has “learned a lot”, from the NMA study – including both market expectations on operating costs and pricing, as well as how to develop a new production system targeted at making twin-aisle designs for single-aisle manufacturing costs. Mounir also scotches speculation that Boeing could dust-off its long-abandoned 787-3 derivative as a potential replacement for the larger NMA market sector. “The key to the NMA is the production system – and the production system around the 787 produces true long haul capability with a certain rate and a certain yield”.

Collected and summarized from the source below by Minh Pham  https://aviationweek.com/aerospace/boeing-hints-new-direction-nma-refocus